Call you back?
0800 331 524
Cart (0)
ua | en
Ray-Ban history
About us
Delivery and try-on
Discounts
Original vs fake
Contacts
Warranty
My account
• We are an official retailer of Ray-Ban, check official site (see the city of Kyiv) •
RB.UA
› Wiki Ray-Ban
› Ray-Ban: Original vs. fake

What is the difference between original Ray-Bans and fakes?

We are an official Ray-Ban seller, check on official website (see Kyiv)

In order to check that the store you are interested in sells the original, first find it in the list at official site. To see us there, select the city of Kyiv and go through the list. Checking online stores through the form on the site does not work for Ukraine yet ((

So many articles have been written about original and fake raybans that at first we thought it would be easy to put one of them on the site. But having ourselves familiarized with a large number of them, we realized that no one described it as well as we would like. Everything that you read is written by the creators of the website RB.UA only for their dear customers. 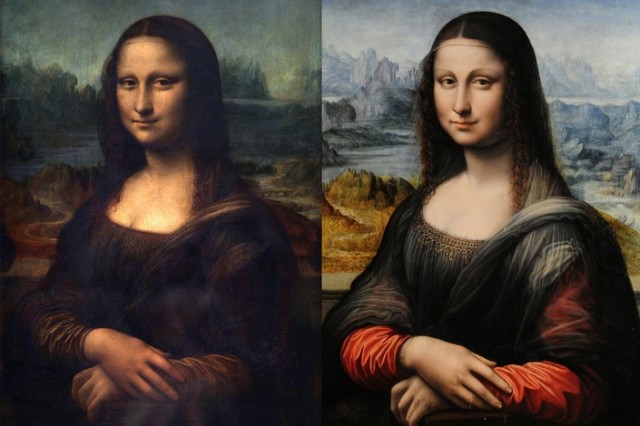 Theorems and axioms of originality

1. There are fakes for 100 and 1000 hryvnias (and even 3500 UAH). They really have a different quality. This does not mean at all that if you bought glasses for 2500 UAH, then you have a very high-quality fake. And don't forget that at best it's just an expensive fake.

4. Some people think that "there is no need to overpay" for real Ray-Bans. You can get by with some glasses that are shaped like the originals, only 5-20 times cheaper. Well. There is a reason to pay. Real glasses are worth it. Anyone who has been in the originals for at least a few months and then tottured himself in the copy for at least a couple of hours will say this. Everything is relative. Ray-Ban quality too.

5. Many Ray-Ban fans divide glasses like this: there are real Ray-Bans, they are made in Italy (the most avid fans still believe that glasses are made in the USA, but this was only until 1999); and there are fakes, they are made in China. This is not entirely true. We can say for sure that all fakes are made in China, yes. But! Important point! And the original Raybans can also be made in China. Yes, Luxotica (not to be confused with the Ukrainian network of opticians Luxoptica), the Italian company that owns the Ray-Ban brand (as well as Oakley and many others), has a new modern factory in China and very popular models are made there too. It is important to understand that if a certain model is made in Italy, it means that it is made only there, and if a certain model is made in China, then glasses of this model are sold all over the world being made in China (though it happens that when a new collection is launched the series of glasses are made in Italy, and later production is transferred to China). Yet Ray-Ban is the same. One quality. The countries of origin are different.

How to find out where exactly your reybens are made? Simple: look at the right temple of the glasses. If it says "Made in Italy" (or Hand made in Italy for many Original Wayfarer models), then the glasses are made in Italy. If there is no such phrase, then it is not in Italy. It is also important: you will not find the phrase Made in China on the original Raybans themselves. The same phrase can be seen on the white label on the glasses box, if there is such a label).

6. Many have the opinion that real rayban lenses can only be made of glass. This is not entirely true. Note that all Aviators (series RB3025) and all Wayfarers (RB2140 and RB2132) lenses ONLY in mineral glass, other models may have both glass and polycarbonate lenses. Each material has its own advantages and disadvantages. Glass is heavier and can break and crumble upon impact, but it is less susceptible to scratching. Polycarbonate (or APX — improved polycarbonate) - lighter than glass, it can bend upon impact, returning to its original state, but it is easier to scratch. Different materials, different properties, original Raybans. Starting in 2017, Ray-Ban, some of the older series of glasses that always had only glass lenses, began releasing glasses with polycarbonate lenses. Surprisingly, it is true.

7. Moreover, starting around 2018, the manufacturer began to replace glass lenses in the same model of glasses with polycarbonate ones (the article of the glasses remained the same)

8. It is important to ask the question: "what models are counterfeited? Do all Ray-Bans counterfeited?". The answer is simple. Not all models of Ray-Ban glasses are being counterfeited. Only the super-popular Aviator series and the Wayfarer series, which are iconic for the Ray-Ban brand, are faked. In addition to them — literally a few more series and models. Therefore, if you want to own Aviators — yes, be careful. But if you are looking for a model of this / next year, a novelty, or a model that is so peculiar that there are not even 5 people in your city who want to wear such unusual glasses — relax, it is almost guaranteed no one would fake such a model of glasses. It is worth noting that in 2015-2017 fakes appeared for less popular series.

9. The presence or absence of the notorious engraving of the letters RB on the left lens says absolutely nothing about the originality of the glasses, if the engraving is present, or the fake, if there is no engraving (all original series with a monolens have no engraving, at the same time, almost all fakes have engraving )

10. From year to year, the manufacturer changes the fonts of the inscriptions on both the boxes and the glasses themselves, and the way the temples are painted, for example, so there is no distinctive "original font".

So how can you still distinguish a fake from the original?

There are many methods =) The simplest, in our opinion, is to buy glasses in a store that values ​​its name and that has a wide range of Ray-Ban glasses. This is really the easiest and most reliable way. Yes, maybe you will overpay for this "name" 100-200 UAH, but let's be honest, the guarantee is worth it. This method is 100% reliable. The rest of the methods, if you are not an expert and did not hold thousands of glasses in your hands, as we, for example, may fail. Yes, everything that is described on dozens of sites about originality is just to calm yourself, and not to determine the originality of glasses.

If you are still interested, you should know: for different models of glasses (collections or series), the signs of originality may differ.


Common signs for all Ray-Ban glasses:

— the Ray-Ban logo is applied only on the left lens (hereinafter - if you look at the glasses from the front) — on the edge of the right lens there is a laser engraving of the letters RB (it can be on the outside, and it can be on the inside, what's the difference - we don't know). There are many myths about this engraving. Yes, if it is not there, most likely a fake is in your hands. But if there is an engraving, this does not mean that everything is fine. Most fakes (or as they are beautifully called "copies") have such an engraving too. Not so many people can tell a real engraving from a fake one.

— on the right temple, on the inside, there are (in that order): the model article (for example, RB3025 001 / 3F), sometimes (but not always) - the name of the collection (for example, for the article indicated before this - Aviator Large Metal), lens sizes and bridge of the nose (for example, 58 [] 14), and finally - the degree of darkening (for example, 2N). It's all. Nothing superfluous and only such a volume of information. The difference can only be in whether the name of the collection is applied. Temple size (125, 130, 135, 140, etc. - NOT written on almost any original glasses (but may be written on Ray-Ban frames), but, surprisingly, on many fakes). An update: in 2013-15, some models of the originals came out with written temple dimensions (for example, the RB3479 series). Hmm. What a confusion.

— on the left temple on the inside are written (or not written if the model is not made in Italy) the words Made in Italy (or, as we already wrote - Hand made in Italy for some Wayfarers).

Additional signs for Aviators and most other Ray-Bans with metal frames:

— an imprint of RAY-BAN, as well as the sizes of the lenses and bridge of the nose (for example 58 [] 14) on the inside of the crossbar between the lenses.

This is about glasses, but besides them there is also the packaging. Features are:

— almost all glasses are sold in a gray box (with the exception of some new models from the Youngster collection, Wayfarer Rare Prints, the Ultra series, all carbon models and a few other glasses series). Somewhere we met the "correct" sizes (in centimeters) of these boxes. It's all nonsense. There are three to five types of such boxes and they have different sizes. Depends on what glasses are inside.

— all, all, all glasses without exception are equipped with cases. Almost all cases are reinforced. Colors may vary. There are small blacks and browns (Aviator, Wayfarer and many others), larger blacks (for many Highstreet collection glasses), gray (titanium glasses), beige leather (ultra series), brown leather (some Outdoorsman models), large black (some glasses Jackie Ohh, etc.), red (printed Wayfarers), black/brown small (folding Wayfarers), blue multi-colored (glasses from the new Youngster collections), black "carbon look", small and large. As you can see there are just incredibly many different cases.

— all glasses come with a booklet, and some models even have two or three books with various useful information about the glasses themselves, the Ray-Ban brand, etc. (an important point — many people call this booklet "international guarantee" or "certificate of originality", but these are only informational materials, nothing more)

It's that simple. Or is it not easy? Once again and again: all or almost all of the signs of originality can be present in super-quality fakes. What is the difference? The difference (apart from the price) in the quality of the frame and lens materials only.

And the last. What has already been written about. The most important difference between the original glasses is their seller. It is not profitable for an honest store to deceive you.

We wish you original rebans and the same impressions in them!